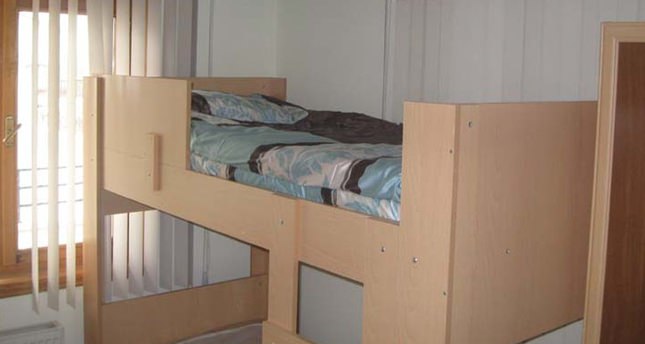 by daily sabah Mar 07, 2014 12:00 am
Duzce - Two students claimed they were expelled from a dormitory run by the Gülen Movement in the northern Turkish province of Düzce on Monday when they refused to watch a video critical of the government.

University students Ogün Hayri Uzun and İsmail Solmaz objected to the screening of an anti-government documentary screened at the student residence and subsequently became engaged in a verbal confrontation with dormitory officials.

Stranded on the street at midnight, students called officials from the local office of AK Party, who assisted the students and secured rooms for them in a state-run dormitory.

On the incident and similar episodes in the past, residents of the dormitory said officials forced students to watch an antigovernment video and pressed them to tweet anti-government propaganda. "When we refused, they told us they would set up fake accounts under our name and tweet messages against the prime minister and the government. We told them to stop the video and when we tried to turn it off, they opposed us. Then, we were told to leave the dormitory which we had paid to stay," they said. Students asserted that dormitory officials blacklisted other pro-AK Party students staying at the dormitory.

Metin Kaşıkoğlu, head of the local AK Party office, said there was an anti-government campaign at the dormitory. "I heard that they scolded students supporting the AK Party. It is unimaginable how hostile they are towards AK Party," he said. Kaşıkoğlu claimed Gülenist devotees at the dormitories "brainwashed" students to support the movement.

The Gülen Movement, led by controversial imam Fethullah Gülen, openly challenged the AK Party government with a graft probe that made headlines on Dec. 17. Since then, Gülenist media, academics and other influential figures affiliated with the movement, have adopted harsh anti-government rhetoric, seeking to discredit Prime Minister Recep Tayyip Erdoğan and members of his cabinet.