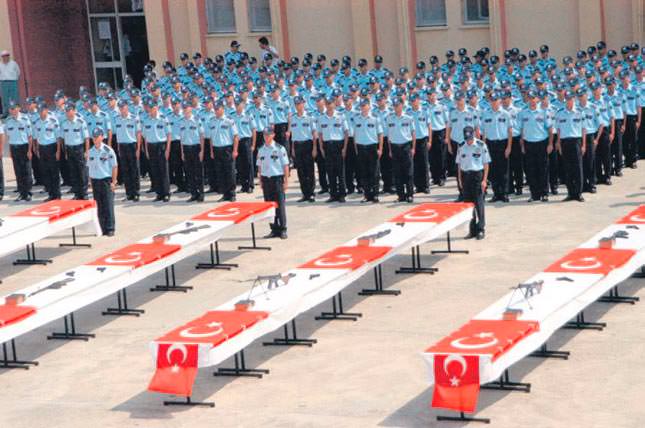 by daily sabah Mar 08, 2014 12:00 am
Istanbul - The Gülen Movement has allegedly attempted to facilitate the instant promotion of police officers loyal to the movement by accrediting a distance education program at Atatürk University, which enables graduates to receive degrees equivalent to those who graduated from a police academy. Thus, 10,000 policemen affiliated with the movement were given the chance to be promoted to the rank of police inspector without attending the academy.

The board of Higher Education Council (YÖK) which oversees the accreditation process approved the request by the university to establish the program. The officials heading up Turkey's police academy have since objected to the decision and YÖK has now been tasked with reviewing the decision. The Security Sciences associate degree program was introduced at Atatürk University in the eastern Turkish province of Erzurum in 2011 with the stated purpose of helping members of law enforcement advance their education while still working.

The Gülen Movement, led by U.S.-based Turkish cleric Fethullah Gülen, launched a campaign to discredit the AK Party government on Dec.17, when an anti-corruption probe targeting individuals close to the government, including sons of three former ministers, was initiated by prosecutors and police officials linked to the movement. Gülenists, whose members wield significant influence in the judiciary and police, also sought in the past to infiltrate top government agencies through cheating in promotion
exams for police officers.