Women want to be remembered all year round 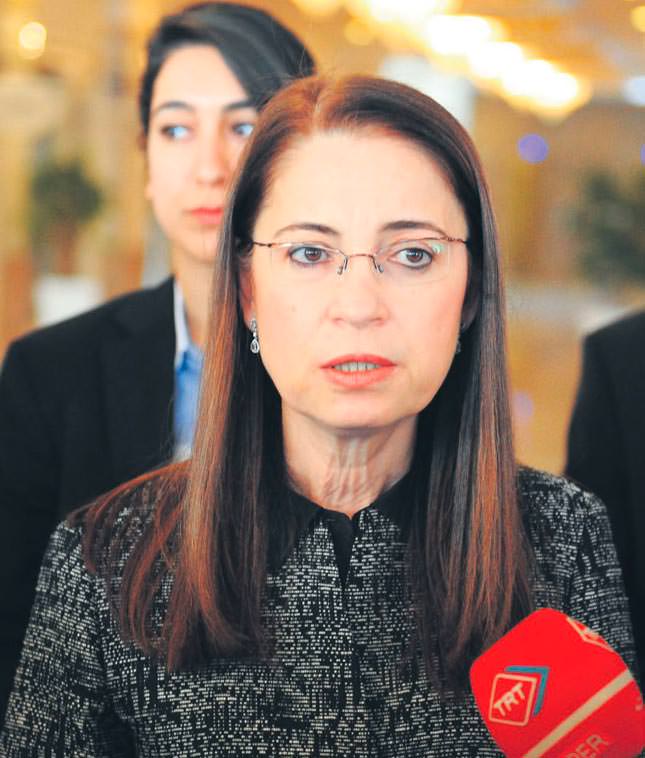 Platitudes on March 8 Women's Day is now an anathema to women's groups, which want promises made on that day to be kept for the rest of the year

Turkish women have made significant strides in recent decades, with many successfully tackling a vast range of professions that were formerly considered exclusive to men. Still, women's groups criticize the fact that their concerns are forgotten 364 days every year, while everyone seems to pledge their undying support for bettering women's lot on March 8 International Women's Day.

Nowadays, one can see female bus drivers, firewomen, pilots and female entrepreneurs around the country, but organizations involved in women's empowerment know their job is far from done. Politics remains a problem. Family and Social Policies Minister Ayşenur İslam, speaking to Sabah, said the struggle was not to reform laws but to reform minds.

The minister underlined that although the government protects women's rights in cases of violence and children forced into marriage, these issues need to be resolved through a change in people's state of mind, that is, educating people. She said the campaign would involve "wise" women, leading female dignitaries, clerics and nongovernmental organizations that will be tasked with raising awareness on those issues. "Violence against women is a social problem in Turkey. So, we need to change people's views of women and establish respect for others, society and justice. We have to turn this society into a community respecting human rights; thus, we can put an end to domestic violence and other forms of violence," İslam said. She added that the government has implemented all necessary laws against domestic violence. "We are going to focus on educating people now, both on domestic violence and forced marriage of women and children. We have zero tolerance on domestic violence, and we will continue our fight against it until we wipe it out in Turkey," she said.

İslam noted a pilot project on the education campaign has been ongoing for two years, and it would now be expanded nationwide. "In all 81 provinces, education campaigns for families, students and all members of society will be conducted. Women dignitaries, community leaders and clerics will help the awareness campaign,"
İslam said.

On the forced marriage of children, the government has announced a series of measures in the recent months to monitor children's problems in a more efficient way. The Ministry of Family and Social Policies, the Ministry of National Education and the Ministry of Health will cooperate to establish Turkey's first "Children Information Center." The center will maintain a database of people under the age of 18 who are exposed to "risk" for various reasons, including migration, poverty, absenteeism and suffering from violence. Children's development will be tracked through constant updates.

A total of 17,000 people under the age of 15 gave birth between 2001 and 2012 in Turkey according to statistics. Those barely past childhood are burdened with motherhood as well as being a wife.

The minister also spoke about the empowerment of working women. "We must bear in mind the family life of women, while we encourage more employment opportunities for women.

So, through implementing a series of regulations and laws, such as regulations making daycare centers obligatory in workplaces, obligatory leaves for breastfeeding women and extended paid leave for working women after they give birth, we will now analyze how effective those measures are and improve them if needed. It is easy to implement laws, but we must work to make them efficient," she said.

According to data provided by the ministry, 8,844 women and 3,804 children fleeing domestic violence were admitted to state-run shelters in 2013. This number was 3,300 in the past two months.