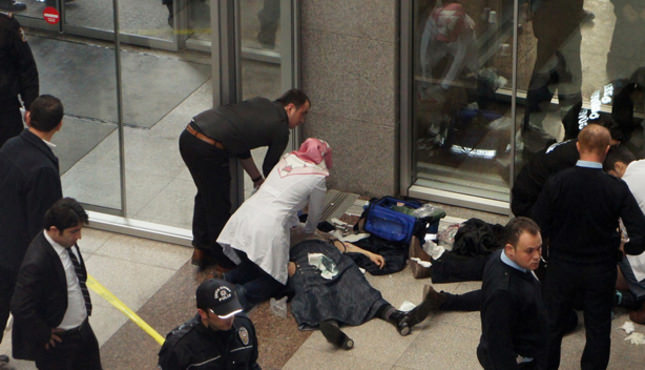 Seven people died in courthouse shootings in Istanbul and Tokat

Istanbul - Seven people were killed in two shootings at courthouses in Istanbul and the northern Turkish province of Tokat yesterday.

In Tokat, five people in a parked car were shot dead by two gunmen in the courtyard of a courthouse. Suspects surrendered to the police after the killings. Turkish police officials said victims and suspects were relatives of defendants and plaintiffs in a trial on a 2012 murder and yesterday's killings were an act of revenge.
Last Update: Mar 11, 2014 5:30 pm
RELATED TOPICS