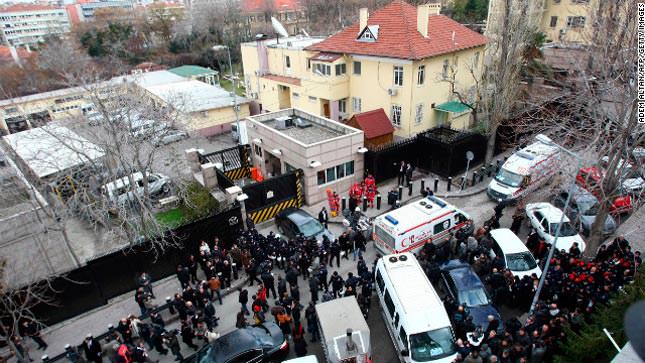 by AA Mar 13, 2014 12:00 am
ROME – An Italian court yesterday freed Bahar Kimyongür, a member of the Revolutionary People's Liberation Party-Front (DHKP/C), a group designated a terrorist organization by Turkey. Kimyongür was arrested when he arrived in Italy from Belgium on Nov. 21, 2013, to attend a panel. Turkey demanded his extradition. A court in Italy's Brescia rejected the extradition request and released Kimyongür, who was under house arrest since November. Kimyongür, a Belgian citizen of Turkish origin, was charged with being a member of terrorist organization and arrested in line with an international arrest warrant. Kimyongür was arrested in Spain as well on the same charge on June 15, 2013, but was released on bail. He allegedly operates as the Belgian representative of the DHKP/C, a far-left organization involved in attacks in Turkey. The DHKP/C claimed responsibility for a suicide bombing at the U.S. Embassy in Ankara last year, as well as attacks targeting the offices of the ruling AK Party in 2013.