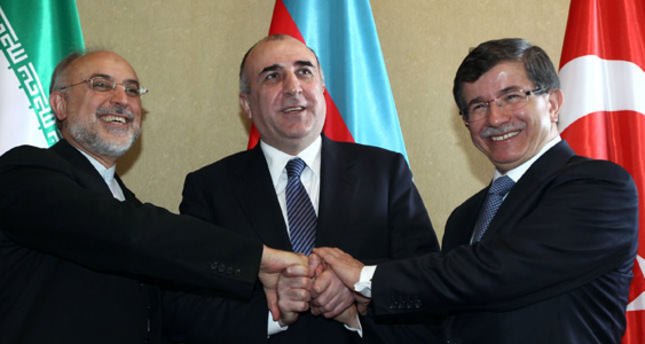 VAN – The foreign ministers exchanged views on enhancing regional cooperation and issues of common interest to all three countries. The ministers discussed energy, trade, culture and transportation on the sidelines of the trilateral meeting. Davutoğlu said the trio discussed the Nagorno-Karabakh conflict, the situation in Ukraine, the Caucasus, the Middle East, domestic and regional economics and politics, and regional challenges.


The aim of the meeting was to boost regional cooperation, contribute to the restoration of peace and stability in the region and expand relations between Turkey, Azerbaijan and Iran.


Following their meeting, the ministers held a joint press conference.

The ministers meet to discuss tripartite cooperation between the neighboring countries in the fields of energy, transportation and trade.

Turkey's foreign minister said the next meeting will be held in Iran.