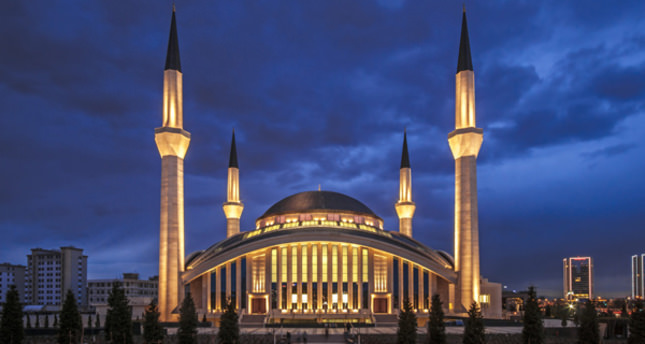 by daily sabah Mar 15, 2014 12:00 am
ANKARA – In a statement, the Presidency of Religious Affairs, Turkey's top Islamic authority, has denied allegations that it allows mut'a, a temporary marriage, permissible and performed in Shiism. The presidency was responding to a defamation campaign in media and social media perpetrated by Gülen Movement affiliates.

The presidency said the allegations were "politically motivated and executed in a planned, systematic manner." It branded the claims "baseless and immoral." "Those behind these slanders have tried to create the impression that "Diyanet allows mut'a marriage," pointing to a sentence in the book that asks a question in the section that describes superstitious types of marriages that existed during the period of ignorance before the Prophet [Muhammad]. Despite the fact that these claims have been denied in our social media accounts, the systematic campaign has continued. It is shocking that while certain circles are trying to keep the mut'a debate on the agenda now, there are slanderous rumors that Diyanet is sending its imams to Iran to perform mut'a marriages," the statement read.

The statement underlined that the campaign sought to divide society, and legal steps would be taken against the campaign.

Under the Shia interpretation of Islam, men are allowed to marry an unlimited number of women through this type of temporary marriage.

Gülenist media outlets and social media accounts affiliated with the Gülenists claimed mut'a was spreading across predominantly Sunni Turkey. They also claimed that Iran was attempting to convert Sunnis through promoting mut'a marriage.

The same outlets expressed outrage over a question in a religious publication released by the Presidency of Religious Affairs.

The book merely asks the reader the correct answer to a description of mut'a marriage. Although the correct answer, the temporary marriage, is provided, the wording of other answers such as swapping of wives, drew the ire of critics.