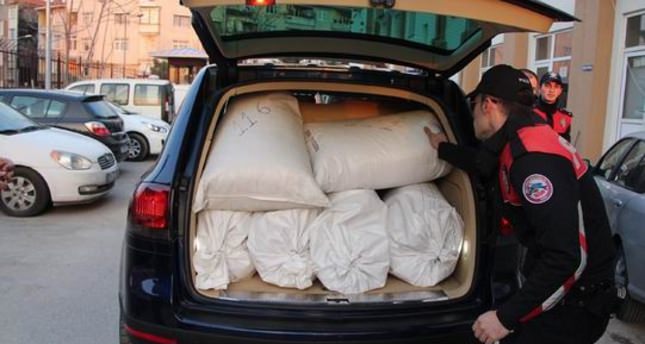 by AA
Mar 15, 2014 12:00 am
ISTANBUL – Turkish police confiscated 448 kilograms of heroin in Istanbul's Beylikdüzü district - the largest amount of the illicit narcotic seized in the city in 2014.

Acting on a tip-off, security forces searched a parked van and found 172 kilograms of heroin in the vehicle. The van's owner was arrested and confessed that he hid another 275 kilograms in a truck. Security officials said that the heroin stashed in 866 packs was brought to the country through the Iranian border and the suspect was planning to transport it to European countries.

Turkey is a transit route of drug traffickers smuggling heroin produced in Afghanistan to Europe.