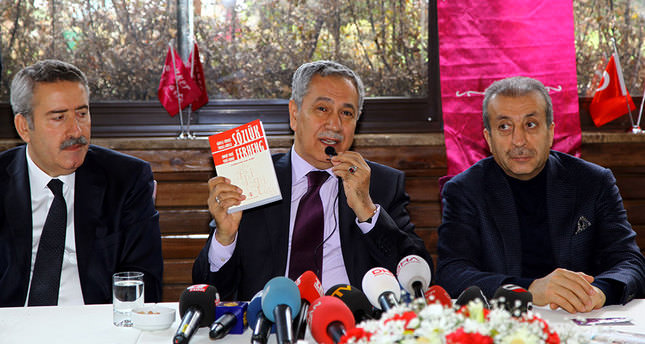 The state-run Turkish Language Association (TDK) has compiled the country's first official Kurdish-language dictionary, prepared by experts to be used at school where Kurdish is an elective course

DİYARBAKIR – The state-run Turkish Language Association (TDK) has compiled a Kurdish-Turkish dictionary, a landmark publication for the country after decades of state policy failing to recognize the Kurdish language.

Arınç said the dictionary will soon be delivered to schools where the Kurdish language is offered as an elective course to students. "TDK used to compile dictionaries in more than 30 languages but it never compiled a Kurdish ferheng (dictionary) until our government came to power," he said. "I believe our Kurdish brothers and sisters will appreciate this work," Arınç added.

Based on the Kurmanji dialect of Kurdish commonly spoken in Turkey, the book is a basic dictionary. Arınç said an advanced, unabridged version will be available in the near future.

The dictionary is compiled by a TDK commission consisting of Kurdish language experts and academics. It will also be sold in bookstores.

Kurdish was introduced as an elective course in schools across Turkey last year, along with other languages such as Adyge and Abkhazian.

Elective language courses are available at schools where at least 10 students opt for taking that elective course.

In 2012, the government launched a reconciliation process in a series of reforms to end the decades- old conflict and restore rights to the Kurdish community. The process was followed by the Kurdistan Workers' Party's (PKK) announcement of its withdrawal from the Turkish border. For over three decades, Turkey experienced continued terrorist attacks by the militant PKK. Some 40,000 lives were lost, while thousands were wounded and permanently disabled.