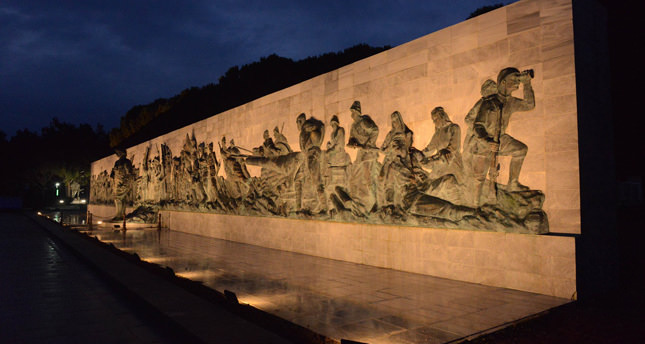 Foreign Minister Ahmet Davutoğlu said Saturday the reconciliation process lies in the 1915's Battle of Gallipoli, where all of Turkey's ethnic groups fought side-by-side to protect the country

BATMAN –The philosophy behind Turkey's reconciliation process lies in the 1915's Battle of Gallipoli, where all of Turkey's ethnic groups fought side-by-side to protect the country, Foreign Minister Ahmet Davutoğlu said Saturday.

In an address to his fellow AK Party members in the southeastern province of Batman, Davutoğlu said 2013 was the year when a reconciliation process was initiated to end terrorism and no 'brother blood' was spilled for the first time in 50 years.

Referring to the Battle of Gallipoli, which was one of the greatest Ottoman victories during the First World War, he said the descendants of people who died side-by-side could not be enemies.

"This is the philosophy lying behind the reconciliation process," he said.

The top diplomat also stated that the government's policies regarding the reconciliation process and standing by oppressed people around the world have won popular approval across Turkey.

The reconciliation process began early 2013 with a ceasefire between the Turkish government and the outlawed PKK organization.

The government pledged democratic reforms to empower minorities, particularly the Kurdish minority which is by far the largest - forming 18 percent of the population.