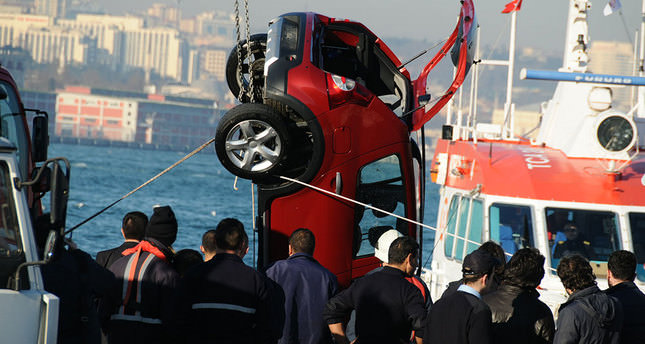 by Ihlas News Agency Mar 17, 2014 12:00 am
ISTANBUL – The Captain of a ferry and two crewmembers were detained over a girl's death when her family's car plunged into the sea while boarding a ferry in Istanbul.

Five-year-old Ece Su Yılmaz, sitting in the passenger's seat, was killed and her mother and three other occupants injured in the accident on Saturday. The driver was boarding the ferry travelling from Istanbul's Sirkeci port on the European side to Harem port on the Asian side when the car became stuck between the ferry's ramp and the port when the ship sailed and then plunged into the sea.

The captain and two crewmembers were arrested on charges of involuntary manslaughter for allegedly departing from the port before the closure of the ramp.