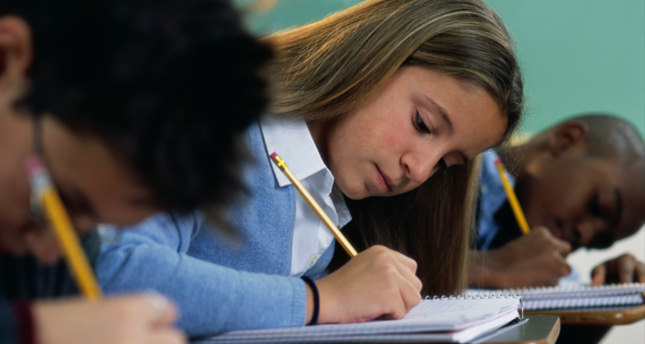 However, the Gülen Movement's private and prep schools are forcing parents to pay tuition fees in advance for three months despite the fact that they should not have to pay in advance according to the law. If parents refuse, school officials press them to sign promissory notes and refer them to the court over unpaid fees. Ahmet Akça, the head of the Association of Private Education (ÖZDER), said a large number of parents have filed complaints against Gülenist schools on this issue.

"They want to remove their children from those schools but they are unable to do so because they are forced to sign promissory notes before signing up their children. However, prep schools have to pay back fees they collected when a student quit the school before the end of a semester. They also have to pay refunds in extraordinary cases such as students' moving to another city," Akça said.

Engin Başaran, president of the Consumers Association (TÜDER), said families have to present a reasonable excuse in order not to pay fees. "Those excuses may be a student's illness, parents' relocation to another city or parents' inability to pay. They should present documents to prove those excuses," he said.

Earlier this month, the Turkish Parliament passed a bill to close down thousands of private schools by Sept. 1, 2015, many of which are run by the Gülen Movement.

The movement openly challenged the AK Party government last year after the government, in a move to reform the educational system, announced the closure of prep schools.

Education remains as one of the areas the movement is influential.

It operates numerous schools in various countries along with private schools in Turkey. Students educated at private and prep schools in Turkey have often been used to infiltrate into state institutions to expand the movement's influence.