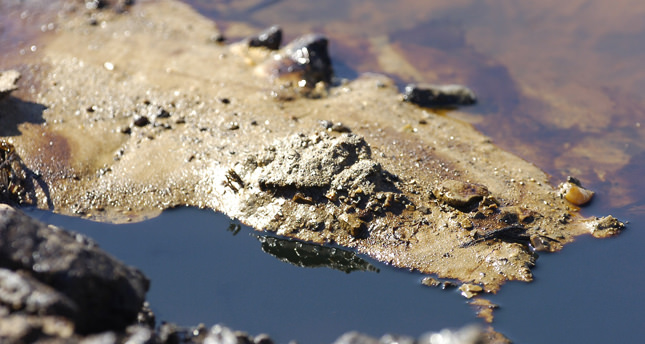 1.35 billion barrels of crude oil is stored in Turkey's Ceyhan facility due to disputes between Baghdad and Irbil

KAYSERİ – Over a million barrels of crude oil from the Kurdish zone of northern Iraq is stranded in Turkey because of a dispute between Baghdad and its northern region.

The oil, however, remains in containers and has yet to leave Turkish shores, Yildiz told reporters in his hometown, Kayseri.

Yildiz pointed to ongoing disagreements between Iraq's central government and the Kurdish north as the reason for the deadlock.

"I hope that Baghdad and Irbil will settle their disputes and meet on the same point," he said.

Yildiz added that oil from northern Iraq and Baghdad were being stored in separate containers.

"The Kurdish Regional Government in northern Iraq is having a hard time economically because it could not get enough shares from the income generated from petrol and the central budget," he said.

"Baghdad will surely find a solution to this, for Iraq is a union."

Yildiz added that Turkey was working on increasing the capacity of the Kirkuk–Ceyhan Oil Pipeline, which is Iraq's largest crude oil export route.