Police on alert against terrorist organization 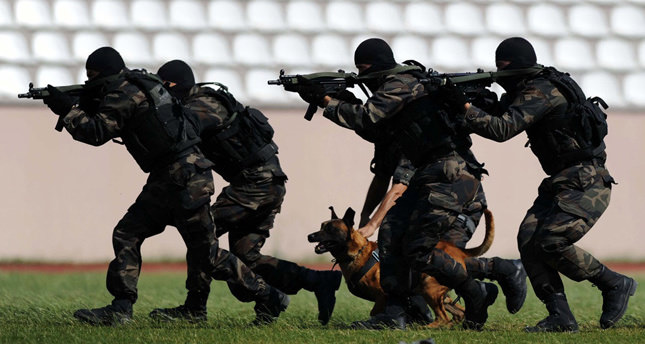 Istanbul – DHKP-C recently took center stage in violent attacks seeking to reignite the Gezi Park riots. Last week, a 22-year-old youth was killed in Istanbul's Okmeydanı district as he was watching the protests over the death of a Gezi Park protester.

The DHKP-C claimed responsibility for the killing. In the written warning to police departments in 81 provinces, the Police Directorate called on all units to be vigilant over planned attacks by the DHKP-C and other terrorist organizations. The statement said, "It is very likely that the terrorist organization will carry out armed attacks and bombings targeting the prime minister, members of the cabinet, lawmakers from the AK Party as well as attacks against police departments, governorates and military buildings."

The statement also highlighted that the DHKP-C will seek to incite strife among the public by staging protests. The DHKP-C, a radical group, is designated a terrorist organization in Turkey. The group is responsible for carrying out various attacks in the country, including last year's rocket attack on AK Party headquarters and a suicide-bombing incident at the U.S. embassy in Ankara. The United States and the European Union also recognize the DHKP-C as a terrorist group.

Terrorist organizations' attempts to incite chaos in Turkey was voiced by Prime Minister Recep Tayyip Erdoğan last week. "Some marginal leftist groups such as the DHKP-C are attempting to provoke trouble on the streets in the run-up to the elections, and some media groups and businessmen contribute to these provocations by the DHKP-C in Turkey," Erdoğan said. "They claim to be proponents of people's freedom. They lie. They only want to spread chaos ahead of the elections. They are not democrats. They know how the elections will turn out so they want to derail the elections," he added.
Last Update: Mar 17, 2014 5:55 pm
RELATED TOPICS