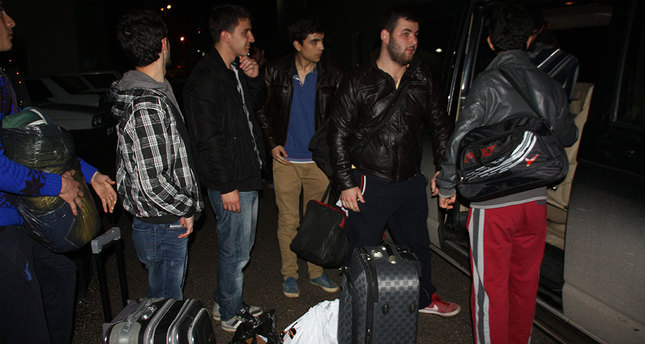 by daily sabah Mar 19, 2014 12:00 am
ISTANBUL – The Gülen Movement, which is waging war against the government, continues its anti-government campaign in schools and dormitories run by the movement. The number of students forced to leave dormitories or quit due to disagreement with widespread propaganda in the cities of Kahramanmaraş, Malatya, Gaziantep, Adıyaman and Kayseri in southeastern and central Turkey reached 2,625 in one week.

If the students' accommodation needs continue, rooms in social facilities in cities and hotels will be allocated for those students and the government will cover the costs.

Students claim they are forced by the movement's devotees in the dormitories to watch anti- government documentaries and send tweets defaming the government.

The Gülen Movement, led by controversial imam Fethullah Gülen, openly challenged the AK Party government with a coup attempt Dec. 17, seeking to discredit the government. The movement runs a wide network of dormitories and private schools in Turkey and abroad.