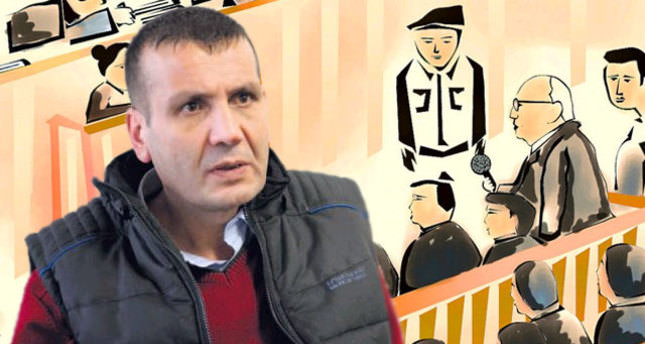 Bağbars, convicted of drug trafficking, was sentenced to five years. He claims that while he was in a prison in the northwestern city of Tekirdağ, Gülenists contacted him. "They forced me and some other people to testify as witness against defendants in the Ergenekon trial. They kept me starved. In the end, I accepted to be a witness," he said.

As a secret witness in the case, Bağbars accused the defendants of attempting to murder businessmen and Murat Aksu, son of former Interior Minister Abdülkadir Aksu. He said all those allegations were fabricated but he was forced to testify in court that the information is factual. He also claimed accounts of most witnesses in the case were not true.

The Gülen Movement, a powerful organization led by controversial U.S.-based imam Fethullah Gülen, is accused of running an illegal network within the Turkish government.

This network is allegedly trying to topple the incumbent government through fabricated corruption cases seeking to discredit the ruling party. "Ergenekon" is a secret terrorist organization, which, according to prosecutors was planning a coup to overthrow the government. Many defendants accused in the case, including journalists, military officers, academics and politicians were released earlier this month.

This followed the abolition of Specially Authorized Courts overseeing the trial and the approval of new restrictions on lengthy pre-trial detentions of suspects. The Gülen Movement, through prosecutors and police officers linked to the movement, is accused of imprisoning its critics using fabricated evidence in relation to the Ergenekon trials as well as other cases.