At least 9 killed as train crashes into shuttle bus 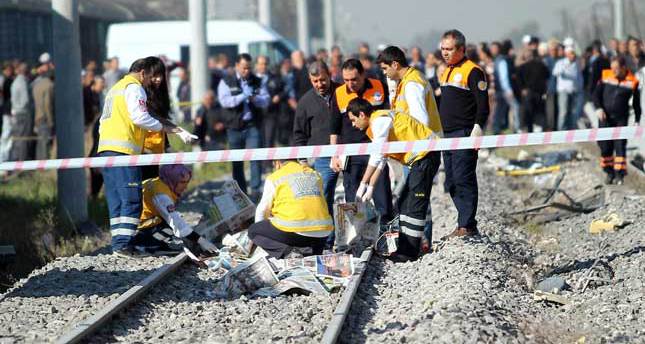 At least nine people have died and five others were wounded, after a passenger train collided with a shuttle bus early Thursday

MERSIN – At least nine people have died and five others were wounded, after a commuter train collided early Thursday with a shuttle bus in Turkey's southern Mersin province.

Mersin Police Chief Hasan Hüseyin Bahar and Governor Hasan Basri Güzeloğlu told reporters that the train was on a regular service between Mersin-Tarsus when it crashed into the shuttle bus.

Governor Güzeloğlu added that a judicial and administrative investigation would be launched into the accident. The shuttle bus, which was carrying employees from a plant in the Tarsus-Mersin Organized Industrial Zone, broke into two in the collision.

Relatives of the casualties have claimed that the guard fence at the level crossing was open while the train was passing.
Last Update: Mar 20, 2014 10:53 pm
RELATED TOPICS