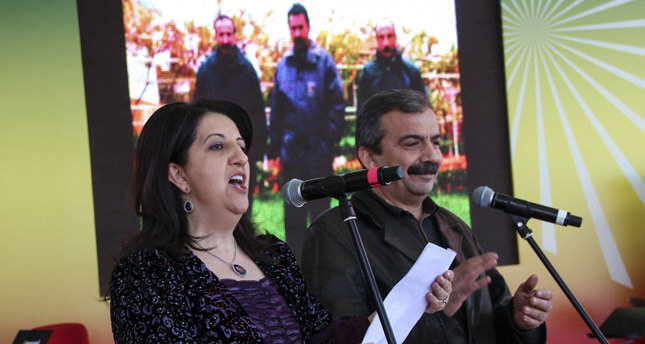 In a letter, penned by the imprisoned founder of the outlawed PKK, Abdullah Öcalan praised the reconciliation process

DİYARBAKIR – Nevruz, the festival celebrating the onslaught of spring was celebrated with enthusiasm across the country. Meanwhile, in Turkey's eastern province of Diyarbakir, deputies read aloud a letter penned by Abdullah Öcalan.

In the letter, penned by the imprisoned founder of the outlawed Kurdish Workers' Party (PKK), Abdullah Öcalan stressed that good intentions from both sides are being tested recently. Öcalan also stated, "Turkish-Kurdish relations will be optimized through the most comprehensive democratic reforms and a constitution reinforced by democratic decisions, which will eliminate coups and conspirators breaking down regimes".