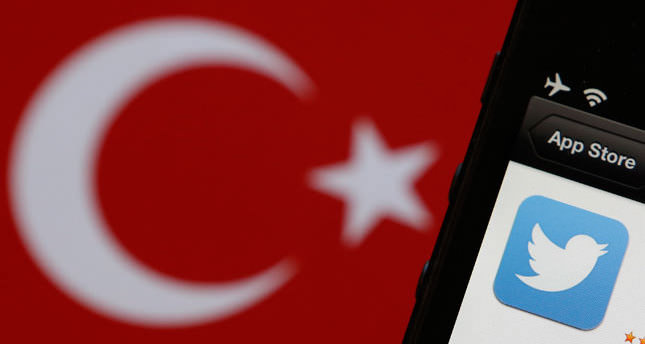 The Turkish Prime Ministry has issued a statement clarifying the 16 reasons for the ban, pointing to similar cases in other countries.

The statement by the Turkish Prime Ministry Public Diplomacy Coordinatorship is as follows:
– The decision to apply a precautionary measure was made due to Twitter officials neglecting hundreds of court decisions issued since January.

– Prior to the decision to take a precautionary measure, the Presidency of Telecommunication requested the removal of content which infringed on personal rights and individual privacy based on court decisions made by Turkey.

– To avoid irreparable unjust treatment, access to Twitter has been blocked as a precautionary measure starting from the above mentioned date.

It has become a means for gangs

– Twitter has become a way for gangs to post illegally obtained montages and voice recordings of individuals, which leads way to character assassination.

– Court rulings cannot be overlooked and the violation of individual rights was the main reason for the pre-cautionary measure.

There is no toleration for illegal sharing throughout the world

– Different countries all over the world, at various times, have taken similar measures. To ensure the rights of individuals and maintain national security, countries have blocked content deemed illegal on internet feeds shared by social media.
– Twitter and other social media websites must be in compliance with this policy, "What's illegal in reality is illegal in virtual reality."
– We find it difficult to understand why Twitter took such a one-sided and bias stance.
– This prejudice has damaged the commercial brand name of Twitter and opened a door for a wrong and unjust impression of our country.
– Prime Minister Recep Tayyip Erdoğan, from the first day he stepped into office up until today, has given grave importance to the internet and the opportunities it provides. The pluralistic society and civilians alike see the internet as a valuable platform for the progress of democracy. Our government is extremely proud to bring the Internet as far as remote villages and has always supported the development of the Internet.
We are not against the internet, we are against crime
– Our government is not against the internet; we are against illegal internet data that could compromise national security and detract a citizen's reputation with information posted on Twitter or similar social media websites.
Worldwide examples of blocked access
– The Transparency Report issued by Twitter for July 1 to December 31, 2013, revealed a significant increase in requests by governments and copyright owners for information requests, removal requests and copyright notices.
– At 59 percent, the U.S. is ranked in first place for information requests. While Japan is at 15 percent for overall information requests by governments throughout the world, France and the United Kingdom follows at four percent. Among the requests sent in by Turkey, a total of 1,410 cases made up just less than 10 per cent of total requests.
For example, in Germany, October 2013, Twitter blocked user accounts associated with neo-Nazis upon requests of the German government. And in France: On October 19, 2012, Twitter removed posts containing anti-Semitic and racist content under hashtags #UnBon-Juif (#AGoodJew).

Turkey files the least requests for removal content
– Removal requests on the grounds of illegal content by Governments and other authorities has increased almost five-fold compared to the previous period. In the second half of 2013, out of a total of 365 requests, 305 requests of which were made by France, Russia follows with 14 percent of requests, while the total number of requests from Turkey made up just two percent.
– With the increase of Twitter users and retweets, copyright notices from companies have also been increased, according to report findings. Removal of content requests increased by 16 percent compared to the previous period, with a total of 12 thousand 243 accounts being affected as a consequence. In return, around 26 thousands tweets have been deleted and over 5.5 thousand media content has been removed from Twitter.

Most frequent request made by US

– According to the report, most frequently, demands for the removal of content are made by the United States, while less than 10 cases of removal requests were made by other countries. The U.S. issued requests regarding 679 accounts, of which interestingly enough, almost 80 percent were for user removals. Out of this 80 percent of the total 679 requests made, 75 percent of said requests were fulfilled by Twitter.
Last Update: Mar 22, 2014 9:48 pm
RELATED TOPICS