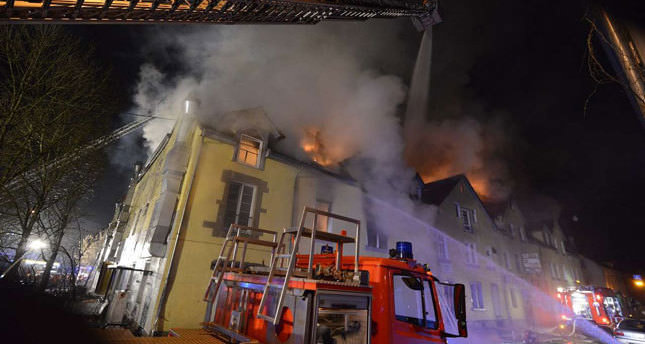 by Anadolu Agency Mar 24, 2014 12:00 am
BADEN WÜRTTEMBERG – One Turkish national was killed and another wounded in a fire started in an apartment building in Baden Württemberg, Germany in the early hours of Monday.

The fire, which started in the kitchen of a flat located in Baden Württemberg, Germany, killed two and heavily injured two others. According to German media, the incident took place at 03:30 a.m. on Monday morning.

Forced to jump out of the window of the flat, Özgün's mother Figen Morali and her brother Kenan Gün were also heavily injured in the fire.

Figen Morali is reported to be in critical condition, while her brother Kenan Gün is now stable and continues to be under medical treatment.

Mehmet Morali, husband to Figen Morali and father to Özgün Morali, who returned to Germany just a few hours after incident, experienced heavy shock upon receiving the news that a fire which broke out in his house had taken his son's life and left his wife heavily injured.

German authorities have begun an investigation into the cause of the fire.