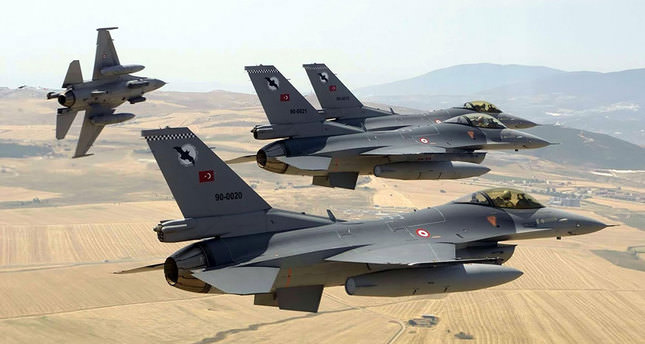 by daily sabah Mar 25, 2014 12:00 am
The Turkish Armed Forces has issued a statement after Syrian ground-to-air missiles locked on five F16 jets near the Syrian border.

The statement concluded, "Six Turkish F16 jets, patrolling along the Turkish-Syrian border, were deployed to the bordering Yayladağı district as well as to the border crossing at Cilvegözü in the southern province of Hatay, after four Syrian jets approached Turkish airspace."

The Syrian aircraft retreated however, and withdrew just 1.5 to 2.7 nautical miles before reaching the Turkish border. During the mission, Syrian ground-to-air missiles locked on five of the six F16 jets deployed by Turkey, twelve times for a total duration of 10 minutes 53 seconds while they were flying above Hatay."