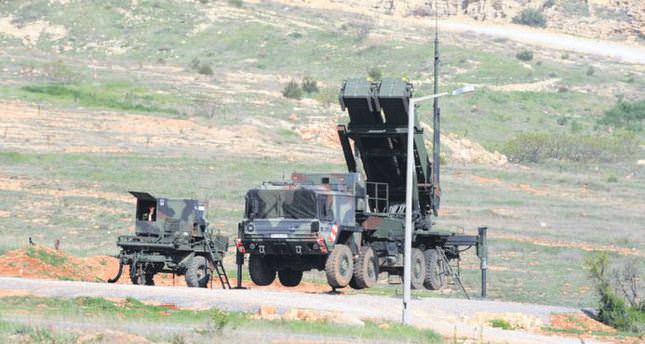 by Büşra Arslan Mar 26, 2014 12:00 am
ANKARA — The Chinese company with which Turkey is negotiating a tender for a long-range air defense missile system, Chinese Precision Machinery Import-Export Corporation (CPMIEC), released a statement on Tuesday about the latest developments in negotiations. The company's coordinator of long-range missile products, Wu Yang, stated that efforts are going but added that the "evaluation process about Turkey's demands is finalized." "Contract and project endeavors are going fairly well. It is almost done and the evaluation process about Turkey's demands nearly came to an end.

We suppose that the contract will be completed soon," added Wu. Turkey's preference for a Chinese air defense system has been criticized by NATO, the United States and European authorities. Beijing has yet to issue any statements on the matter. Commenting on the disputes about the tender in Turkey and international public opinion, Yang said, "both sides are still working on the matter.

Hence, it would not be proper to say anything else." CPMIEC bid $3.4 billion in a tender for long-range air defense missile while Patriot missile batteries from the U.S. and French-Italian partnership Euro-Sam did not cut the price below $4 billion. Moreover, Euro- Sam was not open to joint production and technology transfers whereas CPMIEC was. Despite ongoing negotiations with China, Turkey extended the tender time to April 31 for the companies from the U.S. and Turkey's preference for a Chinese air defense system was criticized by NATO. Europe to present new offers.