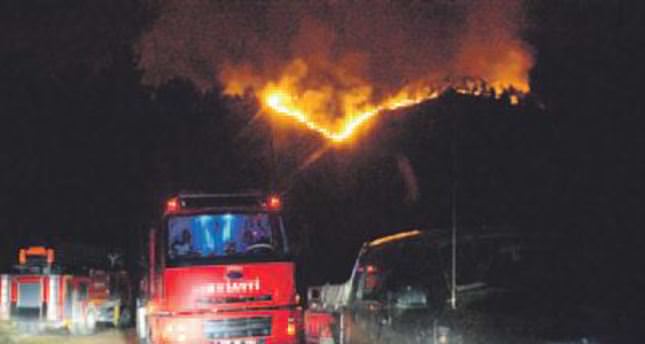 by AA Mar 26, 2014 12:00 am
RİZE — A blaze demolished about 170 acres of forest in Ardeşen, a district in Turkey's Black Sea province Rize late Tuesday. Firefighters, civil defense units, troops, and locals rushed to put out the spreading blaze. Lack of roads, rough terrain and strong winds hindered efforts. Houses near the vast forest were evacuated. The fire was put out on Wednesday, some 16 hours after it broke out. The cause of the fire is unknown, although officials predict high temperatures may
have contributed to the fire.