Bomb alert on the Bosphorus Bridge 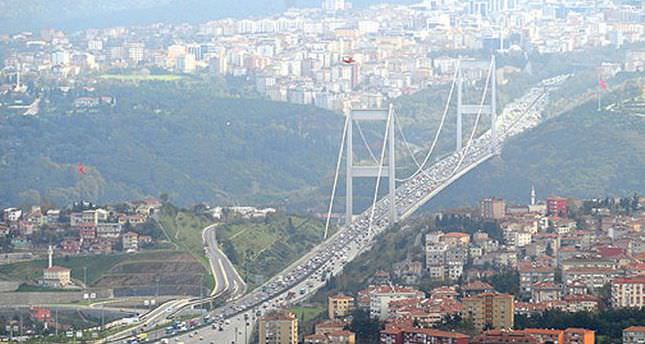 by Mar 27, 2014 12:00 am
Police are on alert at Istanbul's Bosphorus Bridge due to a suspicious package left under the barriers leading to Edirne.


At noon on Thursday, police received a tip by concerned bystanders of an LPG tank left underneath the Bosphorus Bridge near the Beşiktaş junction in the direction of Edirne.


Police shut down traffic in both directions as a bomb squad was dispatched to the site. The LPG tank was later transferred to the police department for closer inspection.

After an approximate ten-minute shut down of traffic along the Bosporus Bridge in both directions, once the suspicious item was removed from the scene traffic resumed as normal.