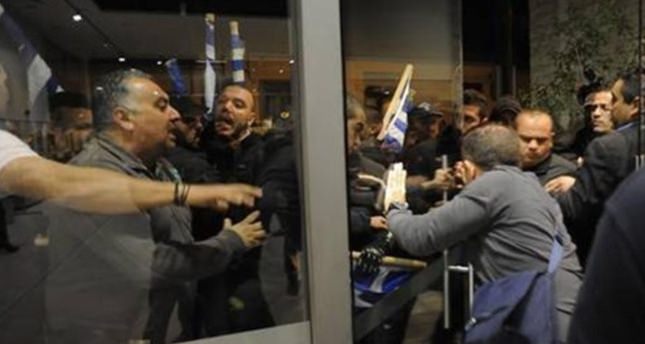 by Anadolu Agency Mar 27, 2014 12:00 am
NICOSIA, Cyprus — Former Turkish Cypriot President Mehmet Ali Talat was attacked by Elam, the far-right nationalist group in Greek Cyprus. Ali Talat was to attend a conference on the peace process on March 26.

Members of the National Popular Front (ELAM) raided the conference room in Limassol while the speeches were continuing. They threw eggs, oranges and flammable materials at Talat.

Following the attack, Talat and his delegation crossed back to the Turkish Cypriot side under police control.