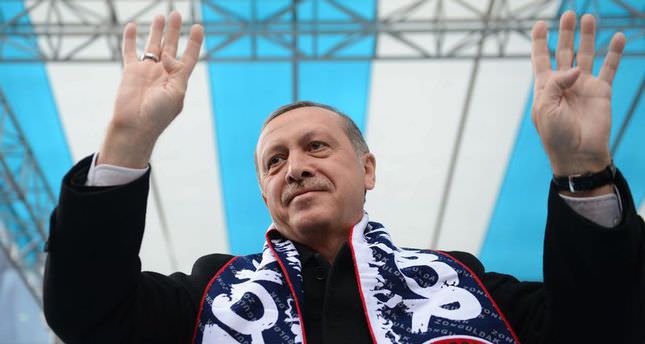 Erdoğan lost his voice Thursday during election rallies in the eastern provinces of Van and Diyarbakir as the end of a busy campaign season approaches. According to the statement issued by the Prime Ministry, Erdoğan will rest in his Istanbul house Friday instead of speaking at two campaign rallies scheduled in the Central Anatolian provinces of Konya and Kayseri.

Prime Minister Erdoğan also cancelled a scheduled television interview on Thursday, following doctors advice that he rest to ensure he does not incur permanent damage on his vocal cords. Since the beginning of March, the PM has been on a busy schedule of holding two to three rallies daily throughout the country as part of the electoral campaign for this Sunday's local elections in the beginning of March.