U.S. Spokeswoman says, “forget about the gentleman living in Pennsylvania” 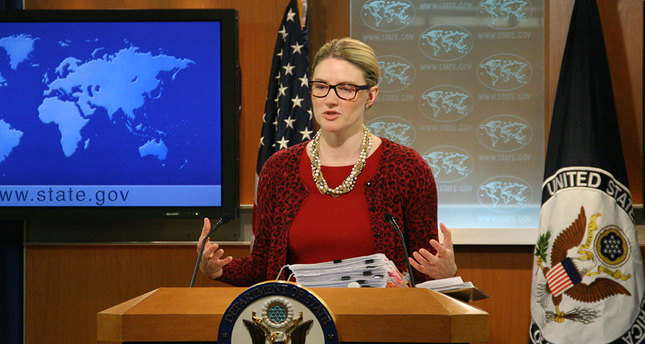 In a press briefing on Tuesday, US State Department Spokeswoman Marie Harf congratulated the people of Turkey for their participation in the elections and reaffirmed that Turkey is a close NATO ally.

Harf was fielded a question regarding the local elections held on Sunday, March 30 in which Prime Minister Recep Tayyip Erdoğan "won a landslide victory," Harf stated, "Well, we're obviously following the local elections in Turkey and would also note that final results have not yet been released. Obviously, we would congratulate the people of Turkey for their participation in these elections."

When asked to comment on Prime Minister Erdoğan's victory speech in which he mentioned Pennsylvania several times, Harf stated, "Turkey's a NATO ally. Let's be clear here. Turkey is a close NATO ally. We don't always agree on everything, but we don't agree on everything with anyone. So forget about the gentleman living in Pennsylvania. We have a bilateral alliance with the Government of Turkey. We will speak out when we disagree. We will speak out when we agree. And it's really up to the people of Turkey to make decisions about their government."