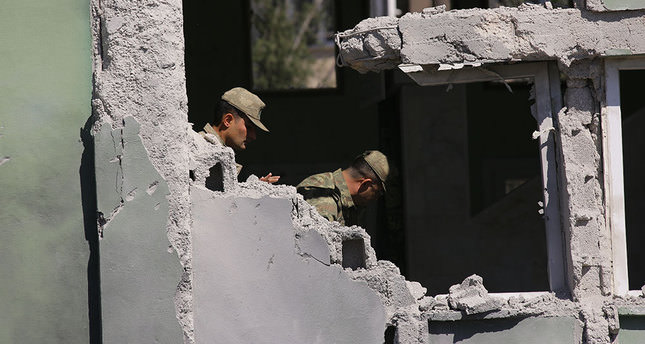 by AA Apr 05, 2014 12:00 am
ANKARA — Three rocket shells hit Turkey's Yayladağı region near the Syrian border Friday due to fighting between Syrian opposition and regime forces for control of a border town, according to a statement released on the Turkish General Staff website.

The statement said the three shells, reportedly fired from the Syrian town of Kasab, did not cause any casualties. The Turkish army responded with rocket shells within the framework of the rules of engagement.

Turkey and Syria share more than 800 km of border.The war between the opposition and forces loyal to embattled President Bashar Assad has been in an uneasy stalemate since late 2013.

The civil war, which entered its fourth year last month, has claimed more than 140,000 lives, according to the London-based Syrian Network for Human Rights.