Aid to Syria in name of Mavi Marmara victims 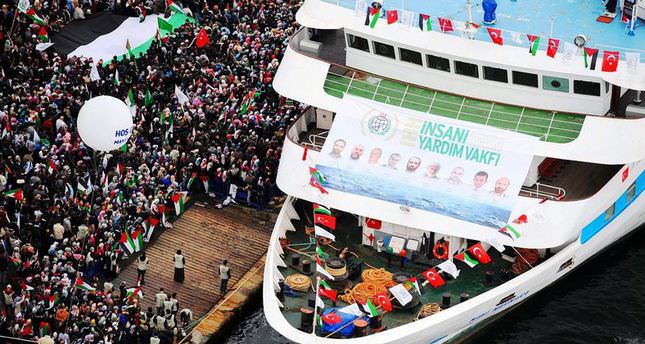 by AA
Apr 06, 2014 12:00 am
ÇORUM — Food packages loaded onto trucks named after humanitarian activists killed on the Mavi Marmara ship in 2010, were distributed to Syrians on Sunday.
"Fifteen trucks, named by the Mavi Marmara martyrs' names, delivered a hundred tons of food packages to Syrian civil war victims," said IHH's Corum representative Selim Özkabakçı.
Özkabakçı said the NGO's goal for 2014 is to send nine humanitarian aid trucks to Syria with the names of the nine people who lost their lives on Mavi Marmara in 2010.
Israeli commandos killed eight Turkish nationals and an American of Turkish origin in international waters when they attacked the Mavi Marmara, a ship in a flotilla carrying humanitarian aid and construction materials to the Gaza Strip, which is under an Israeli blockade.
Last Update: Apr 06, 2014 4:40 pm