Trucks line up on Bulgarian border 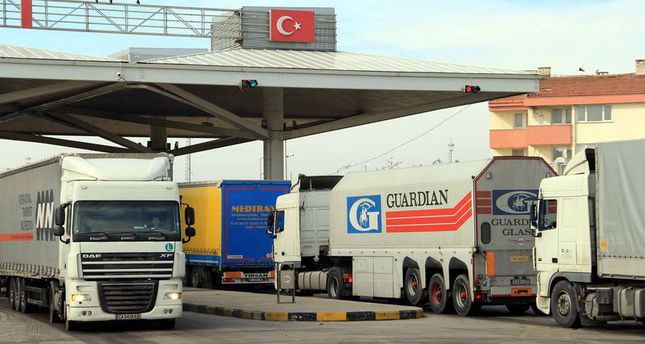 EDİRNE — Trucks crossing into Bulgaria from Turkey have been forming long lines on the Kapıkule and Hamzabeyli border crossings since Friday due to construction work to expand and modernize the Capitan Andreevo border crossing on the Bulgarian side. The line at Kapıkule reached as long as 5 kilometers while the one at Hamzabeyli is about 2 kilometers long. Long lines, sometimes reaching 10 kilometers, were a common sight in the same area in January and February after Bulgaria stalled the passage of Turkish trucks into the country over a disagreement over issuing transit permits. The customs gates were shut down for two weeks as Bulgaria issued only 5,000 of the 125,000 transit pass permits it allocated for Turkish truckers. Turkey, in exchange, rejected issuing permits for Bulgarian truckers.

The crisis was later resolved after Bulgarian officials agreed to issue more permits. It is not clear how the construction work at the Bulgarian crossing will affect the passage in the coming days. Construction there has continued since early 2013 at the Capitan Andreevo border crossing with no date set to complete the project.

Due to the long lines, some truckers prefer the İpsala border crossing to Greece, though it is a longer route. Capitan Andreevo on the other hand remains a cheaper transit route for Turkish truckers.