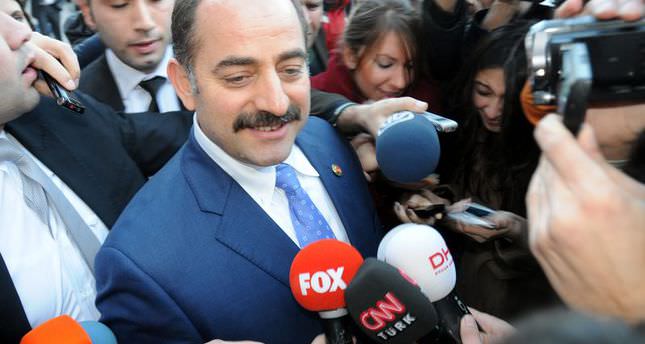 by Nazif Karaman
Apr 08, 2014 12:00 am
ISTANBUL — Zekeriya Öz, a prosecutor affiliated with the Gülen Movement, allegedly installed a camera in his office while he was a prosecutor in Istanbul and recorded private conversations, according to reports in Turkish media.

Öz reportedly was in possession of a hard disk where the footage was stored and deleted after he was assigned to another city.

Among the people captured on camera during conversations and meetings was Halil İbrahim Demirhan, the businessman who paid for a controversial vacation Öz took in Dubai. Although a CCTV system is installed in the hallways of the Çağlayan Courthouse where Öz worked during his tenure as deputy chief prosecutor, no cameras were allowed into private offices of prosecutors and other employees.

Following his suspension and before his reassignment to the northern city of Bolu, he was asked by prosecutors to hand over the footage captured by the camera, but Öz reportedly contacted "a high-ranking official" at the courthouse to delete the contents of the hard disk. The hard disk was empty when it was handed to the prosecutor's office.

Öz led three investigations on the Dec. 17 operation that was an attempt to discredit the government. The Supreme Board of Judges and Prosecutors launched an investigation into the affairs of Öz after media reports suggested that the prosecutor and his family spent a luxurious vacation in Dubai financed by Demirhan.

Öz is a prominent prosecutor who oversaw a series of investigations, including one into the Ergenekon coup plot that led to the imprisonment of dozens of generals and civilians.

Following his latest probe on Dec. 17, Öz, along with other Gülenist prosecutors and police chiefs were reassigned. Öz claimed Prime Minister Recep Tayyip Erdoğan threatened him after the Dec. 17 probe though he could not prove this allegation.