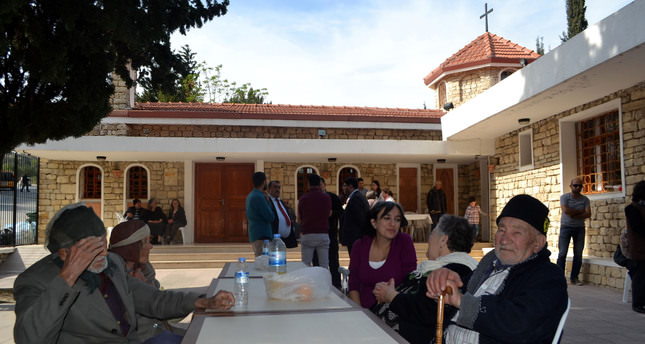 All Syrian-Armenians living in the Kasab region affected by the clashes between the Free Syrian Army and forces loyal to Bashar Assad can seek help in Turkey, announced the Turkish Foreign Ministry yesterday

HATAY — A written statement by the Turkish Foreign Ministry said Turkey aims to help all Syrians afflicted by clashes in the town of Kasab and its vicinity "without discrimination."

"Turkey has been following the developments in the region in terms of humanitarian assistance. We took measures to ensure civilians are not harmed and informed the United Nations on the issue. The cooperation with both the Armenian Patriarchate of Turkey and Armenian community in Turkey to ensure the safety of Armenians living in Kasab is underway," the statement said, adding that "all basic needs of our guests will be provided."

In another statement, the ministry denied allegations by Armenian Ambassador to Organization for Security and Cooperation in Europe (OSCE) that it is the al-Qaeda militants based in Turkey carrying out the attacks in Kasab.

"Turkey's name cannot be mentioned in the same sentence with al-Qaeda or any of its affiliates. This is deliberate propaganda," he said last week. Al-Qaeda has launched attacks targeting Turkey in the past such as the 2003 bombings in Istanbul and is recognized as a terrorist organization by the country.

However, Turkey, a supporter of the Syrian opposition, faces criticism over its alleged aid to armed rebels and al-Qaeda elements in Syria.

In the wake of recent clashes between the Assad regime forces and the rebels in the northern Syrian town of Kasab near the Turkish border, Syrian-Armenian residents that make up a majority of population there flee to Turkey.

Rebels accompany them to the Turkish border towns where they are welcomed by Turkish officials. On Saturday, 18 Armenians were received, about one week after two elderly sisters from a village in the Syrian province of Latakia arrived in Turkey as the first Armenians fleeing to Turkey from Syria. They were all settled in a guesthouse in Vakıflı, a Turkish-Armenian village in the Turkish province of Hatay.

Sirpuhi Titizyan, one of the Armenian sisters, told Anadolu Agency (AA) that she had no family in Syria other than her sister Satenik and her married daughter in Aleppo, with whom she lost contact following the escalation of the conflict in the village.

She said, "One morning, some 10 people entered our home, who we later learned were Syrian opposition fighters. We were very scared at first, but they asked if we needed anything and brought something for us to eat. They were very kind to us."

She said she and her sister asked the rebels to bring them to Latakia, but they declined due to security reasons, so they then asked to be taken to Turkey.

Cem Çapar, the Armenian community leader of the Vakıflı village told AA, "We raised our voices over Sunni massacres. We wished for an urgent end to this war. Also, we did the same regarding Alawite massacres. Now Armenians are suffering, they empty their houses. We wish for the war to come to an end and for these people to find peace."

Number of Armenians living in Syria is estimated to be around 100,000 though the number decreased since the conflict broke out in Syria.

Most of the Armenian community is located near the Turkish border, in Aleppo, Qamishli, Latakia, Kasab and Yacoubiyah, cities and small towns in the northern Syria.