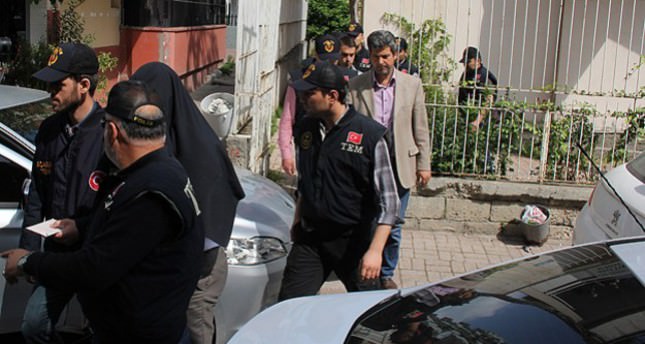 by AA Apr 09, 2014 12:00 am
ADANA — Eight Turkish police officers are sent to court on Wednesday after being detained over illegal wiretapping earlier.
Defendants are two police chiefs, five police officers and one retired officer, all serve at the Intelligence Department in the southern city of Adana, they were arrested in connection with the wiretapping investigation, according to Adana Police Department.
An anti-terrorism team arrested the defendants after complaints from citizens who claimed being wiretapped.