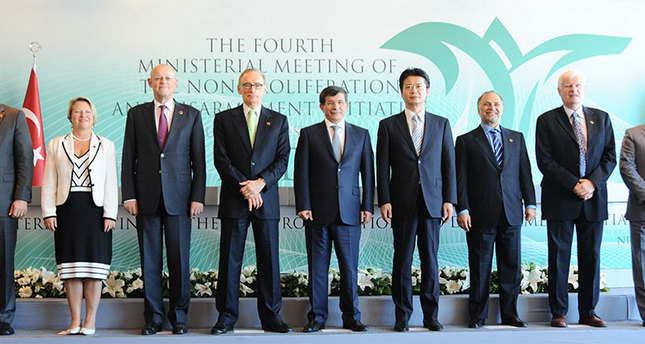 by AA
Apr 10, 2014 12:00 am
ANKARA — Turkey's Foreign Minister Ahmet Davutoğlu will attend a meeting of the Non-Proliferation and Disarmament Initiative (NPDI) to be held in Hiroshima, Japan on April 11 by 12 non-nuclear countries.

Davutoğlu will depart for Japan Thursday afternoon; he will also hold talks with his Japanese counterpart Fumio Kishida to discuss bilateral relations and exchange opinions on regional and international issues.

The NPDI is a group of 12 non-nuclear-weapon states, which Japan and Australia initiated in 2010 to lead international efforts in nuclear disarmament.