Turkey will be new president of the D-8 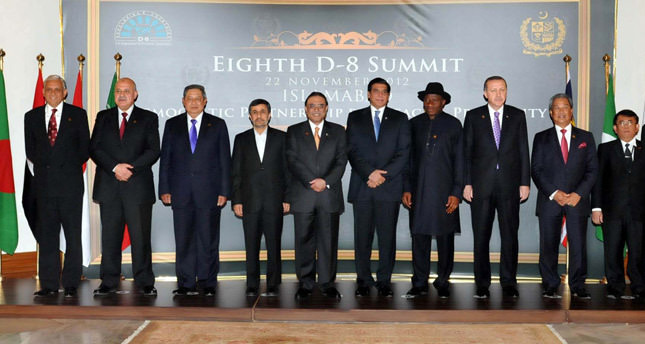 by AA
Apr 12, 2014 12:00 am
ANKARA — The Developing Eight have high expectations of Turkey's presidency this year, says the group's secretary general.

"We appreciate the Turkish government's support to the D-8," Mousavi said. "Turkey is doing well in the field of industry and commerce.

"We have high expectations of Turkey because Turkey is the founding father of this organization."

D-8 members, Bangladesh, Egypt, Indonesia, Iran, Malaysia, Nigeria, Pakistan and Turkey, will gather in five meetings this year in the framework of the 9th D-8 Summit.

It will mark the beginning of Turkey's two-year presidency, which it takes over from Pakistan.

Topics to be discussed during the summit were oil, natural gas and renewable energy issues, said Mousavi.

The series of meetings will begin on May 26-28, when D-8 energy ministers meet in the central Anatolian province of Kayseri.