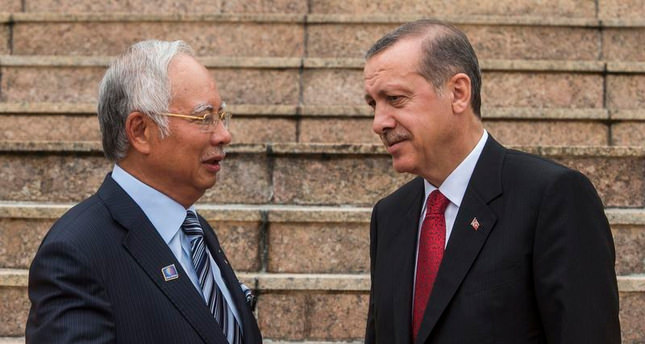 Bilateral political, economic, commercial and cultural relations will be discussed as well as regional and global developments during the visit.
The two leaders are also expected to sign a free trade agreement and an agreement over the mutual removal of visas between the two countries.

Erdoğan paid an official visit to Kuala Lumpur earlier this year, which raised strategic partnership level between the two countries, the statement added.