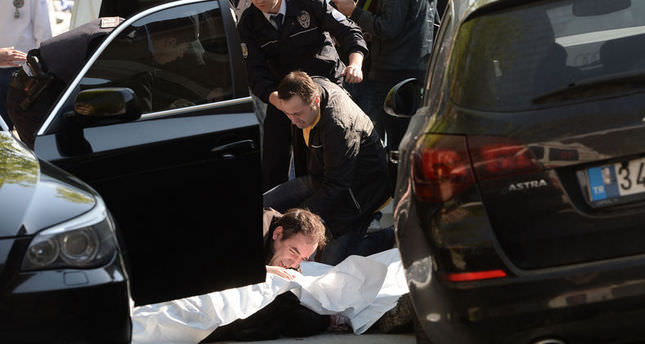 by Daily Sabah Apr 15, 2014 12:00 am
ISTANBUL — A pair of robbers killed two people yesterday in Istanbul's Bakırköy district before one of them was shot dead by family members of the victims.

Two unidentified gunmen riding on a motorcycle attempted to rob Adnan Yıldız, a former lawmaker as he was getting in his car with a bag full of money. Yıldız was with his wife, daughter and son at the time of the attack. When he resisted, the gunmen fired and Yıldız returned fire. His wife and daughter died at the scene while one of the assailants was killed in the exchange. Yıldız and his son, along with the second robber were hospitalized for their injuries.

Adnan Yıldız, who served as a deputy from then ruling Motherland Party (ANAP) in the Turkish Parliament from 1987 to 1991, runs a currency exchange office in Bakırköy. The motive of the attack is unknown.