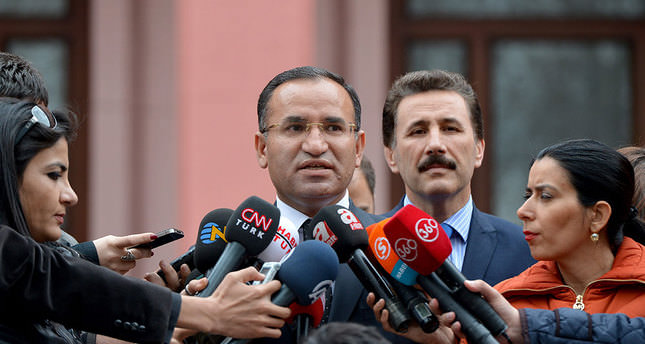 by AA
Apr 15, 2014 12:00 am
ANKARA — A judicial project, which allows Turkish citizens to know how long it will take before their complaint petition is finalized, has expanded to 12 provinces across the country.

''The cases that I have forwarded to the Court of Cassation will decrease by 10 to 11 percent because cases will be finalized in appellate courts,'' Bozdağ said at a press conference in the Turkish capital, Ankara.

"By making sure appellate courts in Turkey are truly functional by 2014, the country's Court of Cassation and the highest administrative court, the Turkish Council of State, will be transformed into courts of jurisprudence," Bozdağ said.

'Saturn' also informs citizens of what prosecution they should expect against any type of penalty, according to officials.

The project, implemented by the Council of Europe, began for a period of two years in Turkey on May 19, 2011, to strengthen the country's court management system. 'Saturn' functions in several EU member countries.