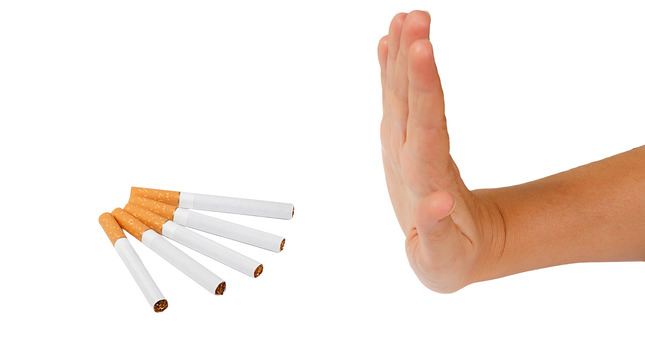 Turkey, which launched a war against smoking in 2009 through an allencompassing ban in public spaces, secured fifth place among 34 European countries for its efforts against smoking according to a new report on tobacco control

ISTANBUL — Luk Joossens, tobacco control advocacy officer at the European Cancer League, presented the list and a report on tobacco control activities at the event. Countries on the list are assessed for the measures they took against smoking.

The report says Turkey introduced comprehensive legislation against smoking with no exceptions to public places where smoking is not allowed, and banning the allocation of smoking rooms in 2009. However, the report adds that Turkey "experienced some enforcement problems in bars and tea houses." These problems led to Turkey falling from the fourth spot in 2012 to fifth place in 2013.

Professor Elif Dağlı, who conducted the survey on Turkey for the report, said electronic cigarettes will be "the next frontline" in combatting smoking in the following decade.

Turkey launched a smoking ban in 2009 that effectively prohibited the smoking of cigarettes and water pipes in all enclosed public places, including bars, restaurants, cafes, buses, taxis, trains as well as outdoor stadiums.

The country has planned more regulations in its fight against smoking, a widely popular habit among Turks. An obligatory non-smoking section in outdoor areas of cafes and restaurants, a part of the action plan, has already been imposed. Smoking in outdoor public places such as playgrounds and courtyards of mosques is also banned. To discourage smoking, Turkey also banned the sale of cigarettes and other tobacco products to buyers under the age of 18. In the near future, cigarette sales will also be banned within a 100 meter radius of schools and sold in black, generic packaging which does not openly disclose the brand.

The World Health Organization released findings which showed that the extent of smoking in Turkey significantly decreased in 2013 thanks to the ban and anti-smoking campaigns.

The government has announced that a total of TL 63 million in fines were handed out to people and businesses for violating Turkey's smoking ban between 2009 and 2013. The fines totaled TL 285,000 in 2009 and gradually rose over the years.

The highest fine was in 2013 during which a total of TL 38 million in fines was issued to businesses and individuals.
RELATED TOPICS