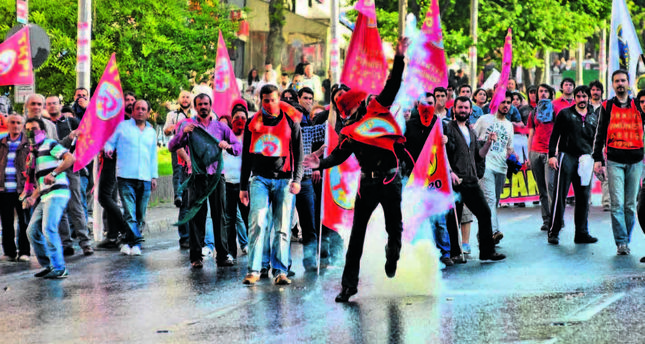 ISTANBUL — The Gülen Movement, branded a "parallel organization" by the government due to their infiltration of state and government agencies, has reportedly planned to stage provocative celebrations in Şırnak and Diyarbakır, two southeastern provinces with a predominantly Kurdish population. According to intelligence sources, Gülenists will mingle with crowds taking part in Labor Day ceremonies. To fuel unrest, some Gülenists have reportedly been ordered to open fire on security forces. According to the intelligence source, the "parallel organization" is planning to stage violent protests in the event people are detained during or following Labor Day celebrations and incite nationwide protests similar to last year's Gezi Park protests. According to the information gathered thus far, media outlets affiliated with the Gülen Movement will be used to disseminate propaganda to fuel tensions and a defamation campaign will be launched which aims to pit the Kurdish community against the police.

Gülenists have also allegedly infiltrated the Revolutionary People's Liberation Party-Front (DHKP-C), a terrorist organization known for its involvement in violent protests, as well as other radical groups. Gülenists reportedly are planning to incite riots not only in the southeast but also in the west, where the DHKP-C and similar groups have supporters in the west.

Abdurrahim Ay, Diyarbakır director of The Organization of Human Rights and Solidarity for Oppressed People (Mazlum-Der), a nongovernmental organization (NGO), said NGOs will work to prevent any riots that "aim to derail reconciliation process [with the Kurds]." Turkey's southeast has a Kurdish-majority population whose rights have been neglected for decades. The reconciliation process has not been entirely accepted by the terrorist organization Kurdistan Workers' Party (PKK) which claims to fight for Kurds' rights, but the PKK relented and announced a "withdrawal" from Turkish soil after the government announced the beginning of efforts to end the conflict.
Ay said that the "parallel organization" has resorted to provocative attempts before to derail the process, noting that police and military officers were found to be behind acts of vandalism against political parties in the eastern and southeastern Turkey in the runup to the March 30 local elections. The Gülen Movement is known for its mass infiltration of law enforcement agencies, as witnessed during Dec. 17 operation to discredit the government.

International Labor Day celebrations are often a scene of clashes between police and participants as radical groups see the events as an opportunity to spark riots and attack the security forces.
Last Update: Apr 16, 2014 10:50 am
RELATED TOPICS