Turkish officials say Twitter did not promise to open office 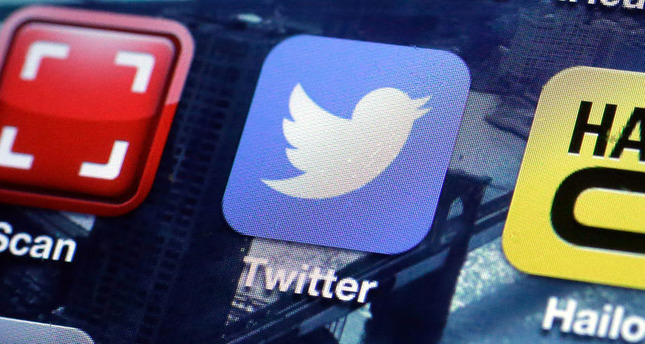 by Yusuf Selman İnanç Apr 16, 2014 12:00 am
ANKARA — Government officials denied the claim common ground between Turkish and Twitter officials was shaken after Hurriyet Daily News and The Wall Street Journal reported Twitter would not open an office in Turkey. The government officials with whom Daily Sabah spoke emphasized Twitter and Turkey promised to work together in the future to enhance relations without finalizing plans of the social media platform opening an office.

The media outlets reported Twitter officials denied agreeing to open an office in Turkey in response to the government's alleged statement saying that Twitter will open an office. According to a government official, "There is no problem with the ongoing process with Twitter. We have never said Twitter will open office in Turkey. We just said that Twitter considers this issue as they pay attention to Turkey's growing concerns over the violation of privacy and law on Twitter." Another official emphasized the reason for Twitter's delay in opening an office in Turkey is economic rather than political concerns.

One of the officials condemned the newspapers, saying the claims were made to tarnish the ongoing negotiations with the San Francisco-based company and to cast suspicion on the meetings. "Several issues were covered during the meetings and both sides expressed their concerns and expectations," the official added. "At the end, a positive atmosphere emerged and a deal was reached to hold another meeting."

Daily Sabah also learned that Twitter officials were disappointed by the published news said that the reporting misled people and distorted their words. They also added the reporters told the Turkish officials that Twitter decided to open office in Turkey.

"We do not know if Twitter will decide to open an office here," said one of the officials. "But Turkey has various opportunities in terms of having such a young generation. Every year, the number of Twitter users is increasing." The official also added that Twitter already started addressing Turkish users' problems. For instance, the complaint form is in Turkish and 200 complaints have been solved so far."
Officials also told Daily Sabah that Turkey and Twitter plan to increase their cooperation in the future. The officials with whom Daily Sabah spoke said the news claiming common ground between Turkey and Twitter was shaken is quite manipulative and unreflective of the truth.

The Twitter issue emerged in Turkey after the government blocked the social media platform after several courts ruled to protect many users against privacy violations prior to the March 30 elections. The Constitutional Court lifted the ban, calling it unlawful.
Last Update: Apr 16, 2014 6:21 pm
RELATED TOPICS