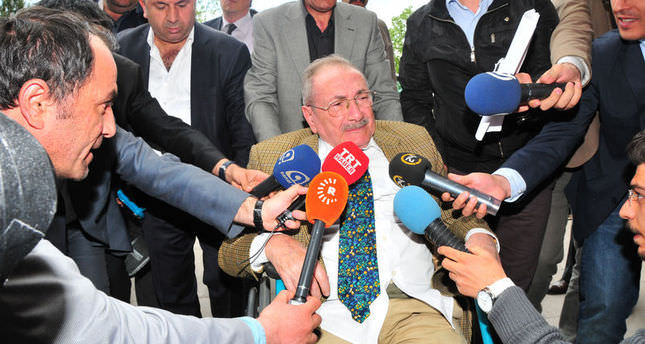 by AA
Apr 17, 2014 12:00 am
ANKARA — Wheelchair bound, 76-year-old Kurdish writer and intellectual Yasar Kaya, touched down in Ankara's Esenboga International Airport on Thursday after a two decade exile in Germany.

Kaya, who founded the pro-Kurdish, Democracy Party in 1993 - banned a year later by the Turkish government - was welcomed by his wife, Yurda Alaca and daughter Berivan Kaya.

An Ankara court recently lifted the arrest warrants for other Democracy Party members, 68-year-old Yusuf Serhat Bucak and Serafettin Kaya. Bucak is suffering from leukemia, while Kaya has a heart condition.