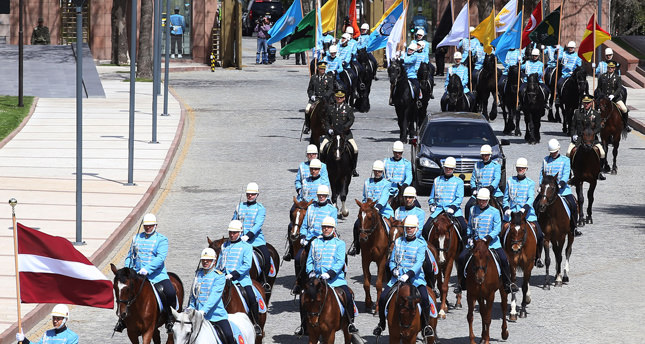 The cavalry troop escorted Berzins' official car from the gate of the palace to the parade area on Wednesday.

A 21-gun salute was also fired while Turkey's and Latvia's national anthems were performed.

Berzins greeted the escort of honor by saying "hello soldiers" in Turkish.

The troop exists symbolically in the Turkish military academy to highlight the importance of the cavalry which played a major role during the Turkish War of Independence in 1919-1922.