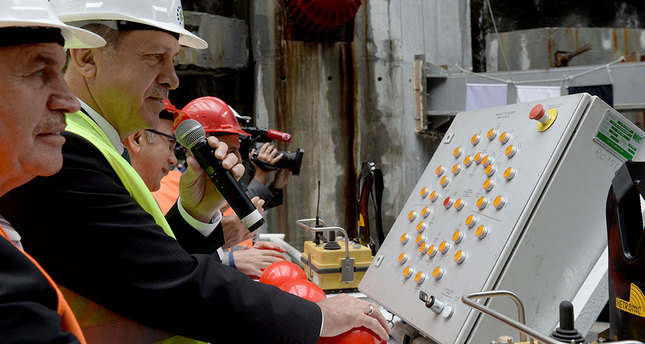 by daily sabah
Apr 19, 2014 12:00 am
ISTANBUL — Digging for the Eurasia tunnel, that will link the two continents, began as Prime Minister Tayyip Erdoğan pushed the button to start the mammoth excavation machines on Saturday. If all goes according to plan, the tunnel is being expected to finish in October 2016.

Prime Minister Erdoğan said that with the transportation time decreasing, air pollution and fuel consumption will be reduced in Istanbul. When the tunnel is completed it will be the fourth way to cross from Europe to Asia and it would mark the first tunnel crossing the two continents. The traffic problem that Istanbul has faced in the past years is hoping to be solved with this tunnel.

The Euroasia Tunnel is being constructed exclusively for use by road vehicles. The tunnel is expected to serve up to 90,000 vehicles a day and consist of two layers, one going in each direction. 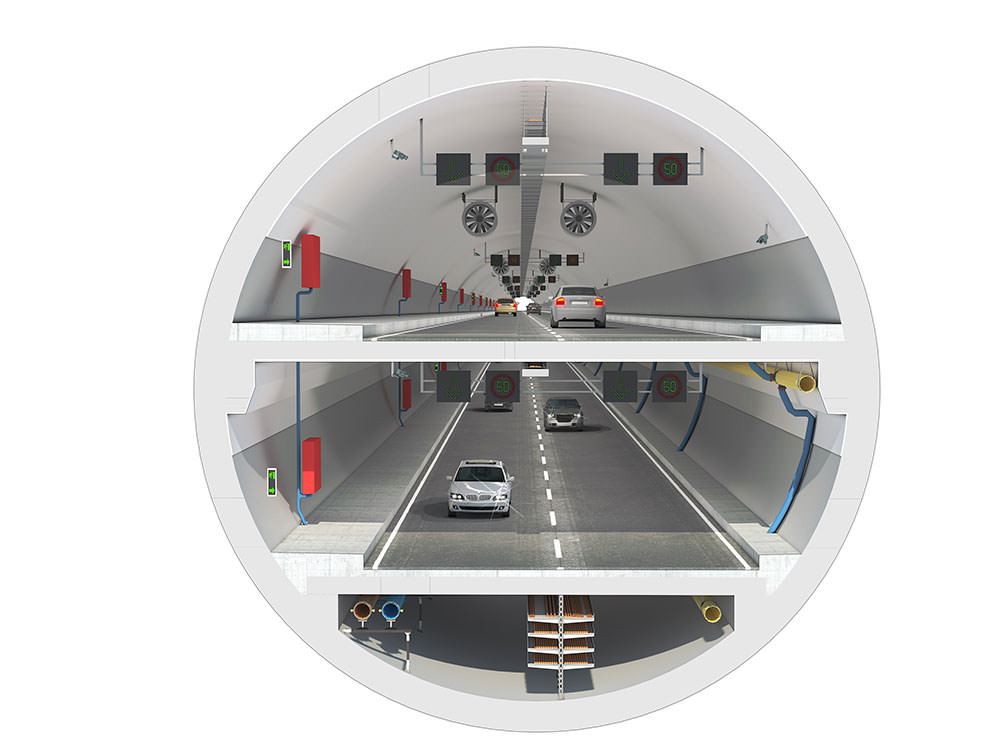 'Air pollution and fuel consumption will be reduced'

The excavation phase of the project which will cost more than $2 billion (TL 4.22 billion) in total. The project has already started and the eastwards excavation is 70 percent complete.

The project which will reduce the duration of travel between the two sides from 100 to 15 between Kazlıçeşme-Göztepe. The tunnel drilling machine to be used in the project is specially designed for the ground and pressure conditions of the Bosporus and produced in Germany. The giant driller will excavate 106 meters under the Bosporus through 3.4 kilometers starting from the Haydarpaşa Port to the Cankurtaran district.

The driller was assembled 40 meters below the surface, weighs more than 1,500 tons and is 130 meters in length. 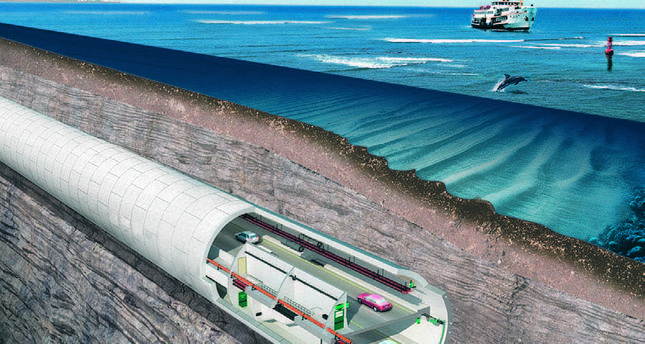