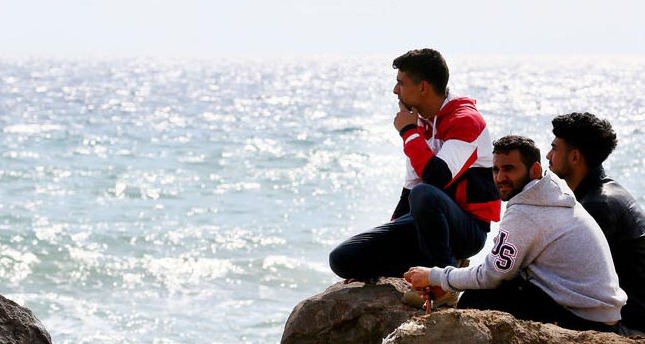 by AA
Apr 19, 2014 12:00 am
IZMIR — Four suspects, who were detained after a boat carrying Syrian immigrants sank off the Aegean Sea, have been sent to court in western Turkish city of Izmir on Saturday.

The boat carrying fourteen illegal immigrants was sailing to reach Greece when it sank off the coast of Izmir on Wednesday, causing eight Syrians to die, including a five-year-old girl and her mother.

A joint operation carried out by the gendarmerie and the National Intelligence Organization saw four people –two of them Syrians– detained.

In a search in the house of one of the detainees, authorities found 18 registers, on which names of the illegally transported people and the cash proceeds taken from them were written.

The group generated 5.5 million euros and 2.3 million dollars from illegal border crossing operations in the last four months, according to information obtained from the registers.