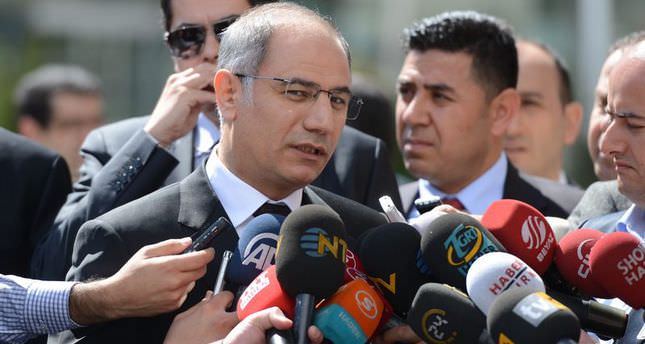 ANKARA — The Turkish Interior Ministry launched a probe into the growing private security sector after allegations surfaced that companies linked to the Gülen Movement illegally recorded conversations and footage of business people who serve as their employers.

Those recordings were later used to blackmail the business associates, according to the media reports.

The Gülen Movement, whose infiltration into state and government agencies has been dubbed a "parallel organization," is accused of conducting illegal wiretappings and video surveillance of politicians, bureaucrats and other senior officials. The movement also founded several private security companies to run the same scheme in the private sector. Companies who won security services tenders by offering the lowest bid gained access to the offices of prominent business people.

Illegally recording conversations and footage of company executives and owners, Gülenists are accused of later blackmailing those people. According to Interior Ministry and gendarmerie command figures, there are over 15,000 private security companies in the country employing over 260,000 security personnel in total.

Those companies flourished in recent years and mostly serve as guards for companies and private residences.

The Gülen Movement, originally a religious community, is increasingly involved in politics in Turkey after it fell out with the ruling AK Party.

Investigations after the Dec. 17 probe that aimed to discredit the government showed that prosecutors and police chiefs affiliated with the movement headed by controversial cleric Fethullah Gülen illegitimately wiretapped an unknown number of people, including politicians to journalists. Gülenists are also accused of using fabricated footage to defame people critical of the movement.