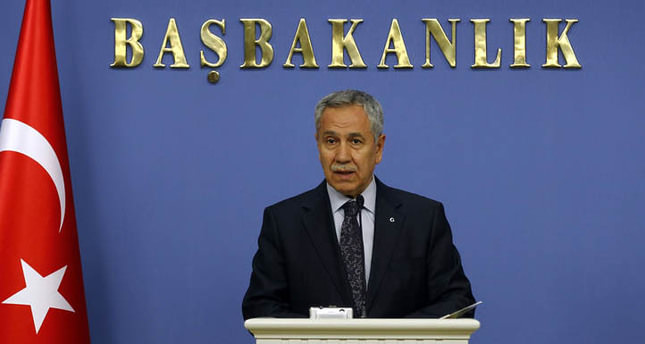 by AA
Apr 22, 2014 12:00 am
ANKARA — Turkey's Deputy Prime Minister Bülent Arınç said that the ruling Justice and Development (AK) Party has been working on amends to the country's electoral system including narrowed districts and single member district electoral systems.

After the cabinet meeting Monday, Deputy PM Arınç said the AK Party would choose between the two options. The democratization package, referring to the amendment of several laws, released by the AK Party September 2013 proposed three reform options for Turkey's electoral system.

These included maintaining the 10 percent threshold, reducing it to 5 percent, or removing the threshold altogether and fully implementing the single-member district system.

Noting that opposition parties who had complained about the 10 percent threshold did not make any comment or take any steps regarding the proposed options, Arinc said that the AK Party was "working on simulations of two options and will take to the parliament the one which would contribute better to the development and stability of Turkey."