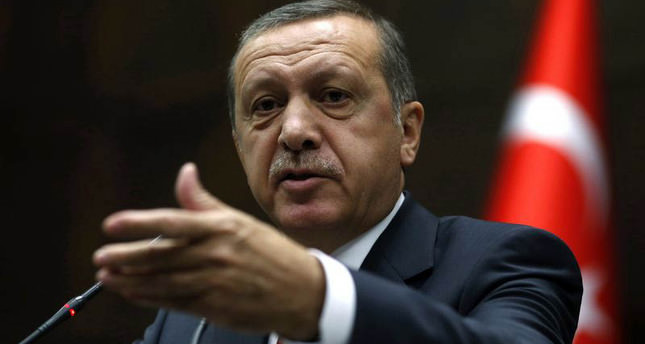 by AA Apr 22, 2014 12:00 am
ANKARA — Speaking at the Justice and Development Party's (AK Party) group meeting, Prime Minister Recep Tayyip Erdoğan said on Tuesday that rallies will not be allowed in Istanbul's Taksim Square on Labor Day, May 1.

He said that two squares (Yenikapı and Maltepe) were allocated as alternatives by the Istanbul governorate for Workers' Day rallies.