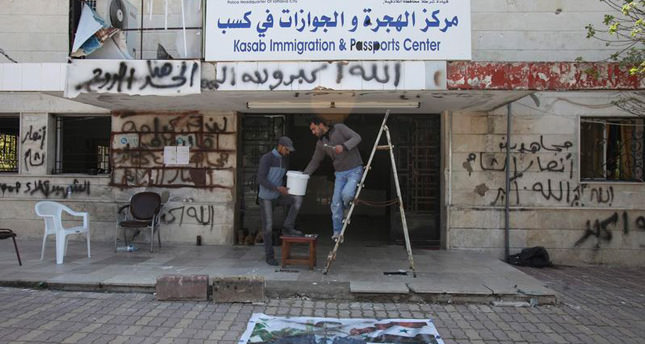 by AA Apr 22, 2014 12:00 am
HATAY — Syrians of Armenian origin has been brought by Syrian opposition forces to Turkey's border province of Hatay after they successfully seized the town of Kasab in Syria's main port city, Latakia, Monday.

George Kurdmusyan, 72, having been treated in an opposition-held hospital in Kasab was brought to Hatay's Yayladagi district and given accommodation in a teacher's lodge.

The civil war, which entered its fourth year last month, has claimed more than 140,000 lives, according to London-based Syrian Network for Human Rights.