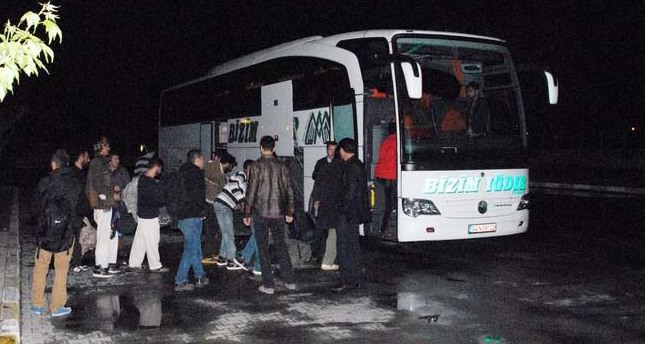 by Anadolu Agency
Apr 23, 2014 12:00 am
IĞDIR — Turkish gendarmerie troops detained 105 Afghan illegal immigrants, including five children, in the eastern Turkish province of Iğdır located on Turkish-Iranian border. Acting on a tip-off, troops stopped a bus whose seats were removed to accommodate the immigrants.

Along with immigrants, a Turkish national helping them enter into Turkey was detained while another Turk involved in the smuggling of the immigrants fled. Some immigrants attempted to flee during the gendarmerie's raids but were captured. The immigrants will be deported.